I first heard about this game a few weeks ago. I have played the original game, and... I hated it. I hated almost everything about it, it was ugly, with all it's brown visual treatment and dust effects everywhere, the car collisions made no sense, the cars looked like pieces of mold when they crashed, backseat driver was getting on my nerves etc. But I did appreciate one thing about it: that it didn't try to be frustrating, dull or realistic like most legit racing games are. Yeah, I'm looking at you Gran Turismo, why people still buy you I'll never understand.

Anyway, so I saw this gameplay trailer of it, and the first thought that generated in my mind was "Hey, no brown!". So I decided to follow the game. I had no interest in buying it since I avoid even pirating legit racing games, but since it was released on the 28th last month in the US and the 31st in Europe, I decided to pirate it so I could tell my Spanish friend what and idiot he is and how he wasted his money, good times.

The next day I pre-ordered it on Steam.

Yes, I pre-ordered my 3rd game ever. And a legit racing games, lost a few NFS friends that day. So yes this is my review of GRID 2. Keep in mind that I'm only reviewing the PC version, I don't care about the Xbox 360 or PS3 versions, console games are all worthless to me (PC MASTER RACE!

Well it features more than one color for start, whereas the original GRID was bent on looking like a reflection in a cup of coffee. At the same time, it's not over-shadered or too bright to look at without sunglasses like most games are today.

While GRID 2's graphics are not perfect (some cars have a few mistakes in rendering, the vinyls and paint types don't always show up as they should in-game although they do in the garage, and the low quality 2D tail lights) they are nice and clean, and hardly outdated at all. Furthermore, the game runs very well on a mid-range PC with the graphics set to High. I did get some decrease in frame rate if set to Ultra although there's hardly any aesthetic difference between them, and some rare stutter in general that did mess up my race sometimes, but overall it runs as you'd expect from a proper PC game.

It's a legit racer, that means no traffic checking, no free-roaming the streets of a huge lifeless city and no testing the law's patience in hot pursuits. So what should we expect from a legit racing game? Some kick-ass driving physics, a good amount of game modes and a s*itload of cars. GRID 2 delivers on two of those, more or less.

The physics are what most sets GRID 2 apart from most legit and illegal racing games alike. Whereas most legit racers aim for realistic physics, CAUSE GAMES ARE ALL ABOUT REALISM, and most illegal racers aim for arcade-aimed physics, CAUSE MARIO KART, GRID 2 somehow manages to balance the two by making the cars easy to drive but still feel realistic and make sense. Not only are they a great improvement from the original GRID's "physics" (and I use that term loosely, since it was a legit racer with annoying arcade physics that would make even Juiced 2 look good) but it's a great example of what all driving games, from NFS to Forza, or even GTA, should aim for.

But what would the physics be without proper controls? Well, they'd be physics without proper controls... AKA almost every PC racing game ever. Thankfully that's not the case with GRID 2. While you can't expect to just hold the acceleration key to win a race, GRID 2's controls do feel smooth enough to be, well, smooth and loose enough to feel responsive, so as long as you're not an idiot who enjoys crashing into everything and damaging your car to the point where you'll be able to take it to the junkyard in your pocket (which is possible by the way), the car will listen to you and react to your inputs as it should, even with the keyboard which is a premiere despite it being the standard hardware (PC MASTER RACE! :3).

As far as game modes go, unfortunately GRID 2 followed in Max Payne 3's steps when it comes to singleplayer and multiplayer, in the sense that one is the recycled version of the other but without car upgrades (weapon mods in Max Payne 3), with more basic game modes and without an economy system but a "use this car (weapon in Max Payne 3) here and that car there" system instead. Unlike Max Payne 3 however both the singleplayer and multiplayer are great, it's just that you might not be motivated to play through the single-player at all since nothing carries over.

The multiplayer is split into three sections, all of which reward XP and dolla' for unlocking and buying new cars. The first is your typical Online mode, where you can ether jump into a Playlist room (lots of money, lots of XP, but you race on random game modes and with random car tiers) or set up / join a custom game mode (smaller rewards, except for drift if you're good at it). This section includes your typical lap races and time attack races, Checkpoint races which are exclusive to multiplayer and make no f*cking sense at all, Endurance races which also make no f*cking sense at all and the only way you'll have a shot at winning them or Checkpoint races is if you spawn first on the track, Touge outrun races which would be fun if they didn't feature an unfair and broken collision detection system, Faceoff which are basically just sprint races that only seem to take place on Touge tracks, making them a less-annoying version of Touge, and drifting which, although it features a scoring system that can be very harsh, it does filter between the losers and the people who can actually drift properly, and at the end of the day it's probably the best game mode.

The second section is Global Challenge, which provides players with weekly singleplayer-like leaderboard challenges. I expect there's a reward of sorts at the end of the week for the top player but I have yet to see it since the first week hasn't ended yet.

The last section is Rivals, which I believe pits you against players with similar stats as you (though I'm not quite sure since I've had the same two rivals since I started playing the game although I maxed out my level and they are still at level 3). I can't really comment on this since my rivals are never online...

GRID 2 multiplayer delivers more or less, at the end of the day there are only three things that I really hate about it:

1. Lap and Endurance races with Collisions ON (always ON in Playlist) can easily turn into a Demo Derby right from the start, and more often than not they will. This isn't the developer's fault but they can fix it, since they managed to prevent people from turning around to ram oncoming opponents or trying to block the road. Rammers are a problem, thankfully the developers did implement an anti-aggression system that lets everybody know who likes to play a little too rough on the curves hehe... uhh, right, that was a *** joke. But they did nonetheless.

2. No text chat. Seriously, it's not that hard to implement, some of us don't want to hear drunk Germans singing Deutschlandlied or kids screaming in the mic.

3. The GTR Racing DLC pack which was offered as a pre-order bonus adds an over-powered version of the Nissan GT-R35. This thing handles almost perfectly with little driving skill required and has almost top stats in every section (not even close to it's real-life counterpart), and it's unlocked from the start to anybody who bought the DLC (aka everybody who pre-ordered the game), and since nobody wants to be pit against it with their own under-powered car, everybody is using it, essentially turning every Tier 3 race into a Nissan GT-R race. Fortunately there's an option to disable DLC in races, too bad nobody uses it...

As I said earlier the singleplayer is just a recycled version of the multiplayer. It does however feature an interesting and believable, yet non-dramatic, plot. Unfortunately nothing from the multiplayer carries over to the singleplayer, or vice-versa. This isn't really a problem but apart from the plot and the useless achievements there's just nothing to motivate the player to finish the Career at all. In the end that's one of the only two complaints regarding the singleplayer, the other one being that you can't upgrade cars (although you can in multiplayer). Which leads me to the last part of this section of the review, the cars.

Sad to say, not only GRID 2 doesn't compete with Forza or Gran Turismo when it comes to the amount of cars, but it features even fewer cars and even less customization than Need For Speed. And while they all feel great and very different from eachother, you can't even buy more than one of each car. Also, while this isn't a problem due to people still being new to the game, GRID 2 features the Bugatti Veyron, which is over-powered in almost every game in existence despite the fact that it's a two-ton piece of s*it in real life, and will become the Tier 4 Nissan GT-R once more people reach level 27.

The sound is easily the best I've ever heard in a racing game, second only to Need For Speed Hot Pursuit and Burnout Paradise.

The music is... well there is none apart from a few relaxing menu themes. A 10 for sound and a 2.0 for music is what I give. Shame, some hardcore tunes would have hit the spot in this game.

I think GRID 2 is a great game, and definitely stands out from all the boring s*it the likes of Turn 10 or Sony release, and it feels like a proper PC game which is a bonus seeing as how rare we get one these days. It does however have defects, and I'm not sure how many of them can be fixed. Worth buying? For full price, if you have a budget like mine, no. If it's under $30 or you have cash to spare, it's worth it, for now.

GRAPHICS and OPTIMIZATION: 9.0
GAMEPLAY and CONTROLS: 8.3
SOUND and MUSIC: 6.0 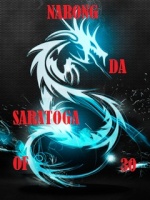