Sleeping Dog
Patch : 2.1.437044
Downloadable Content Expansion : Nightmare in North Point, The Zodiac Tournament and the Year of the Snake

I was looking forward to this game knowing the game video game developer was SquareEnix. That video game developer made a very good games like Hitman, Final Fantasy Series, Tom Raider and etc. Sleeping Dog is an open world action video game. Your character name is Wei Shen and he was an undercover cop busting those drug smugglers and other stuff. The graphics of the game was fine. The sound effects was fine also and the music on the radio was good and I like most of their song especially H-Klub Radio. The animation of this game is cool better than some of the famous open world action video game except the speech animation. The voice actor of Wei Shen was good and he was actually a good singer in the game also. For me the only thing that this game superior to some of open world action video game is the gameplay itself cause it has a unique gameplay like Karaoke, Poker and the combat fighting scene.

Good : The police officers are not choosy, they attack the other gang not only you and I use the police to kill those gang and escape free

Bad : Sudden respawn of the enemy or the police, how can you escape so easilly if those insect respawning in a random place, Lack of guns, come on yo! I'm not playing UFC or wrestling game to enjoy the whole hand to hand combat action and seeing those repeatable same movement for the whole game. The PC control of this game was suck I'm having hard time to play especially at riding a taxi cause my intention is to use the taxi for fast travel then suddenly my character hijack the taxi and I was like (oh god why?) now I have to wait and search for another taxi and the worst part is the story of the game is the god damn story was too short how can you feel the gameplay if the story ends right away

This game has so much potential unlike many other games.

"Part of growing up is doing what's best for the people you care about, even if sometimes, that means hurting someone else." 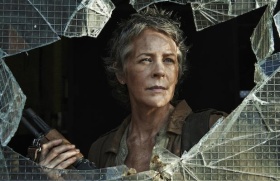 I loved this game <3 , but some things were very annoying, for example:

When giving the trophies to your master: Always go in and go out, can't I give them all at the same time? Had like 10 of them xD


The Police: Escape them in 2 seconds, fast car, Ram 2 times, no more police. I really think that they should have done the same "system" of GTA. I don't really see you running away just by shooting one tire, and ram a car.

Wei Shen: Almost invincible xD, But something botters me. He becomes a super awesome triad, A high ranked guy in Sun on Yee, and all suddenly after killing the last guy, he goes back to his regular life of a policeman, and the Sun On Yee doesn't want to kill him for being an undercover guy?

Ah yes, one of the better games I played.
I think the story was great and, oh, I loved the Hong-Kong theme style; the music, eating noodles in the rain. Wonderful.

Nice Review! Well do you think it's so much similar to GTA?