In the following, I will illustrate a few common problems/questions about "Chessmaster XI: Grandmaster edition" (available here), and also present some (possible) solutions to these issues. I think this approach will be more practical, instead of having several single threads, in which case each thread would only deal with a very narrow "scope" of issues. Therefore I'll put all the stuff in just one thread, here.


Some people have reported that "Chessmaster" uses 100% of the CPU power, even when you are not actually in a match (e.g. you are only in the main menu of the game, or something similar). Unfortunately, when this happens, there is not much you can do about it, as this appears to be intentional, by the programmers of the game. I myself though don't have 100% CPU usage, as shown here (from my old desktop machine): 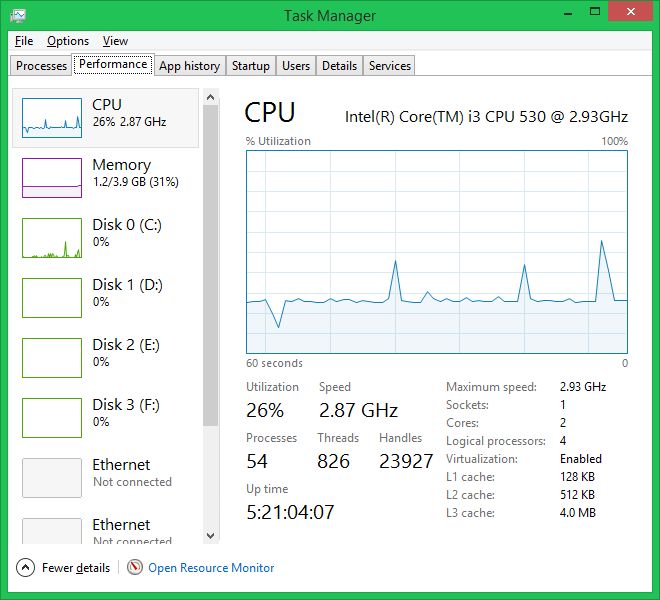 Maybe that is due to the particular CPU on that computer, but I cannot really tell. At the moment I made the screenshot, I was in a match, though. Should you find yourself encountering lags or the like, please make sure to CLOSE all other open applications, if you have any that is. Also, check out the tool "GameBooster", the documentation of which you can find here. 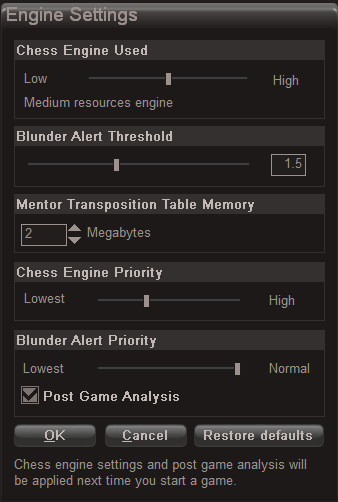 Push all the sliders you can see in the screenshot (Chess engine used, Blunder alert threshold, Chess engine priority, Blunder alert priority) toward the LEFT, and confirm with "OK". That will have the effect to reduce the necessary system resources, on your computer. But usually, all these methods I just described will be mainly relevant if your computer is rather low-end, in terms of hardware capability. Roughly, if your computer is capable of running games like Sims 3 & 4 properly on at least medium settings, you shouldn't encounter any performance problems either, with Chessmaster...

Problems can arise, however, if your computer is "too strong", in particular, if your CPU has more than 2 cores. If that is the case, navigate to the configurations file of your Chessmaster profile. Typically, it will be in the following location:

This is an example from my own system. Of course, replace "Carlos" with the username of your own profile in Chessmaster (which you created when starting the game for the very first time). 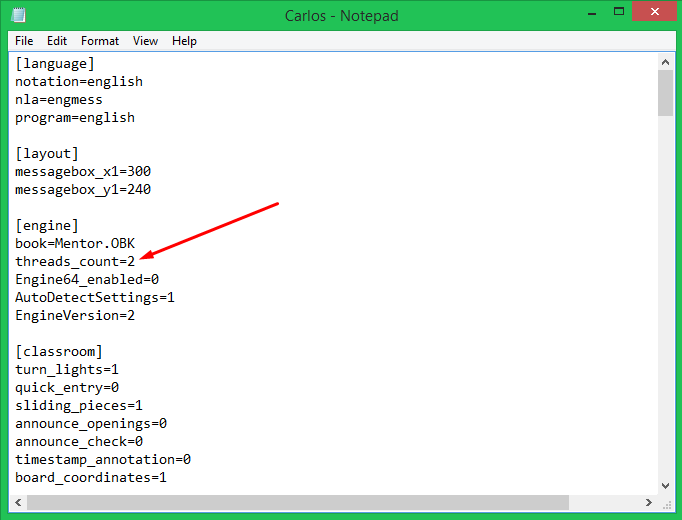 At first, look at all Chessmaster-related processes. Right-click on each process, and select "Set affinity". Now unmark all boxes except "CPU0", and SAVE the changes. See this example screenshot: 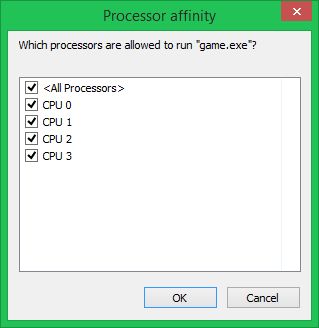 In this example screen, I did not unmark the stuff, but you get the idea. Again, ONLY leave the CPU0 marked. Every other box should be unmarked. Click on "OK" to confirm. If you do that for all Chessmaster-related processes, you should notice at least some improvement regarding the performance. 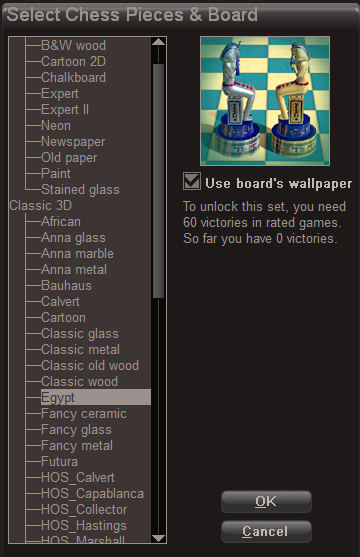 On that system I used for these screenshots, I have not played any "rated games" (yet); I did play them in the past and unlocked some of the chess sets that way. If you don't want to go through that, navigate again to your configurations file, which I showed above already. Here again:

Look for the following settings and change them the way I have in the picture (note that you will need to type in the "unlockstuff"-entry yourself, because it won't be there, initially). 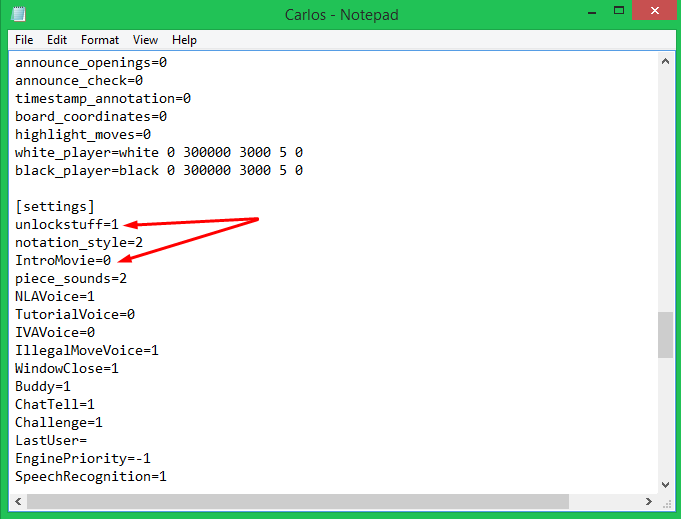 Regarding the intro movie, set it to "0", if you want it disabled.


4) If you are trying to install the game, and you get this error here: 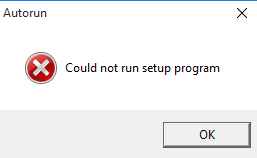 That happens to me on Windows 10, but it may happen on earlier Windows OSes too. Try right-clicking the autorun.exe inside the installation folder, and choose "run as Administrator".

That is all for now ! I may add more stuff to this guide in the future, should it become necessary at some point. Good luck, and have fun with the game !

DO NOT POST ANY QUESTIONS OR PROBLEMS IN THIS TOPIC. INSTEAD, PLEASE OPEN A NEW TOPIC IN THE APPROPRIATE FORUM-SECTION, "NON-SIMS SUPPORT"! THANK-YOU-NOTES CAN BE POSTED HERE.
_________________