Hi, I'm having trouble running The Sims Complete Collection on Windows 10. I have tried different compatibility options and running as administrator but nothing has worked. It appears as pictured below, the area that's showing the desktop is clickable and acts as if it's part of the game but visually it is not. Any help would be appreciated. 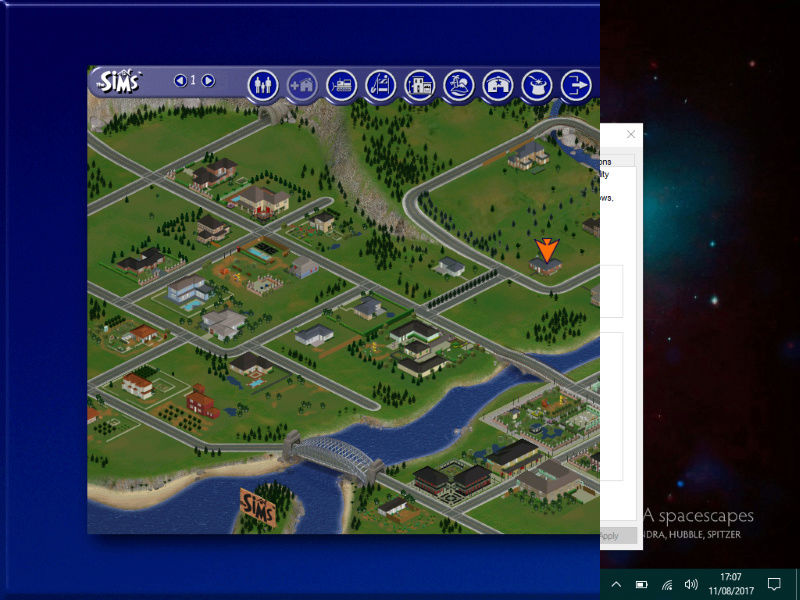 As far as I can remember when you click on install (in the download) again you'll get the option Play.
There you can choose the resolution.
I have Sims 1 in full screen.

@xxTopaz wrote:It's not a resolution issue it changes to 1024x768 but part of it is cut off.

Can't you stretch it with the mouse on the edges ?
Do you have 2 monitors perhaps ?

There aren't any edges, it's not in a window- it is full screen but part is missing. The missing part is still acting as if it's in-game but it shows as desktop. No extra monitors, i'm using a laptop.

EDIT: Same issue in RC2 which is from the same era, this leads me to believe it's a graphics driver/card issue so i'll have to look into that. 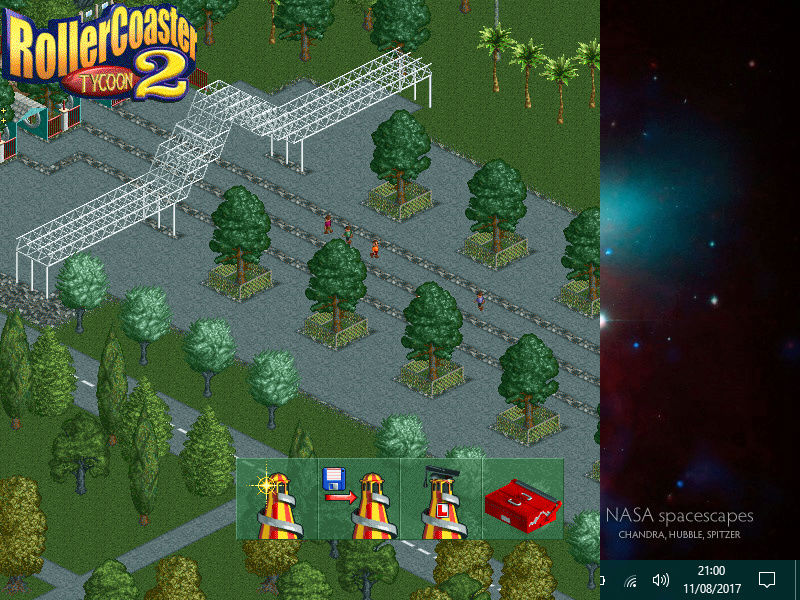