I downloaded the All-In-One Sims 3 file from G4TW yesterday, and watched the progress all night, thinking I could get it up and running before I went to bed. However, I got this notice, and don't know what to do with it.

If anyone can help me, please let me know. Thank you for your time!

Be what you are. This is the first step toward becoming better than you are. 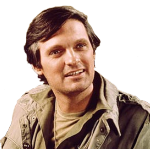 No. While I waited for a reply, however, I installed an update to the software it mentioned and then hit close. It was literally just saying it wasn't going to update the software bc it was a higher update than it needed, I guess. I was misunderstanding the prompt entirely.

Honestly, the only reason I figured that is because as soon as I closed it, it gave another prompt for another program that I knew I'd updated already, too. And this popup dialogue was more specific in what it said. It said something along the lines that it wouldn't update the program bc a more advanced version was already present.

So yeah, I got it up and running, at last. Thank you for responding!