What is the problem with The Sims 4?

What is the problem with The Sims 4?

So in this topic, I want to discuss the problem of Sims 4. Why do we get bored of playing it so fast?

First I want to star with the positive aspects of the game. Create A Sim and the building stuff are definite improvements compared to the old games. If we left out the create a style thing because I think that is a step back on sims 4's  part.

Second thing is that sims can do multiple things at the same time. That was also a step forward in my opinion.

Now the bad stuff:
Firstly, not having the story progression. It's a real loss for me. This is the reason I don't enjoy playing with aging on. And so my world just stays the same nothing interesting happening. And yes I know about the mods. I am not a fan of using mods.

Second problem is the obvious, not having the open world. There was so much the open world gave in the sims 3. Sure it had lagging problems but there were a lot to discover, you could visit your neighbour without having to wait a loading screen, you could send one of your sims to the movies and have the other hang out at the park.

My third problem with the game is, it feels too juvenile and childish. It is too easy, I don't feel challenged enough, and feels like it's targeted for younger people more than the veterans like us.

Forth, It's been years since the game came out and the base game is still unfinished. Babies aren't enough. They're basically just an object. There is no pond tool and they've only added the terrain stuff a few weeks ago. It came out with no pools, no toddlers. Because of missing these fundemental things, which we had with the base game at release, pre-made families and lots don't have any of these things. No pre-made house has a pool, nor a lot that has height difference.

Fifth, I am a fan of the pre-made families' stories. I like playing with them with these stories and that's why I still take so much pleasure playing Sims 2. In the Sims 4, the only town I like spending time in is Windenburg, and it's just not enough. There isn't enough back story to keep me interested or play it forward in the game. Especially without the story progression.

So these are my reasons for not liking the Sims 4 as much as the older games. I would like to read everyone's opinions in this.

Thank you for reading to the end!
It's been a long post 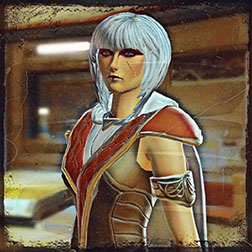 Is this intended as a review? If so, should I move this under "Game reviews", or do you want to keep it where it is right now?

Few things I'd like to add to the above:

@Unesty wrote:My third problem with the game is, it feels too juvenile and childish. It is too easy, I don't feel challenged enough, and feels like it's targeted for younger people

...and casual-gaming adults. It starts with looking at the menus and the general interface of the game: everything is simplified to the extent, that...everybody can comprehend it. Nice/clean interface, relatively little text, "cute icons" everywhere. Intended for younger people, and others who are "young at heart".

Compare that to a lot of other (mainstream) games like GTA Online or that new Battle Royale on Origin (Apex-something). Utterly atrocious inventory and menu management.

Seemingly unnoticed by most gamers, the O.G's ("veterans", as you call it) from back in the days have also meanwhile grown up for the most part, and moved on to other things.

@Unesty wrote:So these are my reasons for not liking the Sims 4 as much as the older games.

Here is one of my pet-peeves: that parts of the 'community' (compared to the crowd of the older games) are cancerous. Yes, I mean what I just said. Example1, Example2 and another one here.

I still remember a little bit the old days, with The Sims 2. Yes, you didn't exactly brag about piracy either. But back then, attitudes towards that were a lot more easy-going. Let's not forget as well that large corporations and their stooges in national legislatures and governments, are also increasingly asserting their interests (a.k.a. the warning letters sent for pirating stuff, crackdowns on piracy platforms, etc.). I've received one or two angry messages from users on here as well, blaming G4TW that their internet was shut down because they downloaded their Sims-fix from here. Oh well, they will also have to learn that VPNs will become more important over time.

And I don't think it's just 'younger people'. This probably also a reflection of contemporary/underlying problems in modern society. I admit I was tempted to use "Western" in the previous sentence, instead of "modern". But that would be unfair, and an incorrect assessment either way.

In a way, I myself am also toxic/cancerous. I freely admit that. Frankly, I am not a fan of the "Western model of society", therefore I tend to not really undrstand concepts such as freedom of speech, unrestrained market economies or whatever the eff is en vogue in the West right now. So maybe the examples I mentioned above are really just shaped by my own worldviews.


With that being said, don't expect much to change in the foreseeable future.

with no meaningful competition being around, except some Indie titles that try and implement aspects of The Sims games (YouTuber's life, E-sports life maybe too?), The Sims is and will very likely remain, a mainstream game franchise. While not totally impossible, I find it hard to imagine a scenario that would turn the game into oblivion.

the O.G.'s/veterans - while having moved on for the most part - still retain their (mostly positive) memories of a time long gone, and will naturally share these memories with (mostly younger) contemporaries. Just like an ol' man sitting on the porch telling war stories about how he destroyed "millions of [insert whatever enemy here] back in the old dayz...". And I honestly can't think of any better advertising than the classic spreading of the word.

there is no shortage of the intended target audience (little kids, tired adults, etc.), who like the type of simplistic and 'cute' game. Look at your typical smartphone game, and what is being sold over there. I don't think that needs any further explanation.
_________________

I didn't write it thinking about writing a review but it is a game review. So I guess it should be moved there.

To tell you the truth, ever since I started playing this game it has been a disappointment , if I have to compare it with Sims 3. I do agree that CAS and Build and Buy Got more intuitive and easier. Although, in Build and Buy I believe that easier also means less freedom while building, look at Island Paradise, all the terrain tools are worthless unless you use a mod. The worlds are also lacking in inventiveness, many of the premades are so badly constructed that when a Sims moves in you start getting Last exceptions due to poor placement or lack of needed items. Basically, I do not play the game anymore. I build, I make Sims in Cas, close the game and repeat. Have tons of CC, because I would not even open it Vanilla.