I regret to open another one of these but after reading multiple topics on this issue, I haven't been able to fix my game whatsoever so here goes. I have updated my game with the last patch 1.59.73., enter game, play my favorite household for a long time, save and quit the game. Next day, same thing. Day after is when it hits the fan. I enter the game and go to play the same household but get this little fella 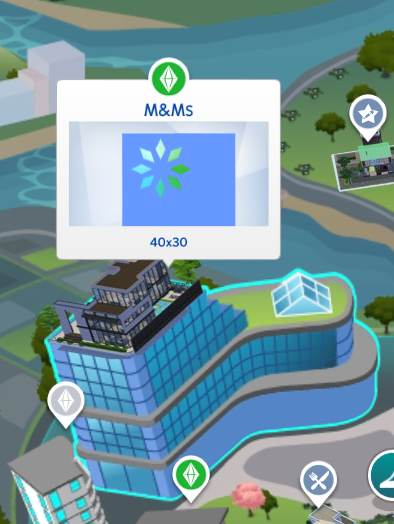 When I click on it, it doesn't show any sims at all living there nor does it give me the ability to play, obviously, since the game thinks the lot is empty. I played another household, thinking it might be a little glitch that I'll fix by reloading the game later, and then when I quit other household and reload the game, same happened there too. So now I have two household which the game basically doesn't recognize. I searched for options online and came up with squat.

My CC is all updated, I've done this right after updating the game as I usually do. I took all of the mods out, even the entire Sims 4 folder in Documents so the game can generate a new one, deleted Game_ from the installation directory, and then replaced Game file as well, but it just keeps doing the same thing no matter what. I started a new game and everything seemed to be in order, but then I haven't really played them for as long in one sitting as I did other two households so I can't really tell if they'd do the same or not. Either way, I tried with and without CC, no luck. The households are still not playable.

I can't even edit those Sims in CAS, when I click Edit household, it goes to CAS and generates a completely different sim instead. They don't show up in other Sims' relationship panels either, it's like they've completely vanished? I tried to visit these lots with other sims, but they're just empty lots, no one's there.

I have ran the validator as well and everything seemed to be okay. No missing files, deleted the unknown files as I've read in the comments of people that had the same thing in their reports.

I'm really lost on why this has happened from all of the sudden. At this point I'm suspecting the save file might be corrupted since nothing's working, but then I've never experienced that before so I don't know if I'm correct on that front nor do I know what could possibly cause that. If anyone has any other idea that I could possibly try out, I'd really appreciate it. Thank you!

Re: Unable to play households

I can think of the possibility that these issues can also be caused by file/folder permission problems. Check out this here:
https://www.games4theworld.club/t17678-permissions-error-when-copying-cracked-files-fix

Yes, this was written for The Sims 3 a while back, but the basic procedure can be applied to any folder. So try replicating that procedure on your Documents\Electronic Arts\The Sims 4 subfolder. So the place where your mods, saves, etc. are located.

In theory you can also try changing these folder permissions on your TS4 installation, though I guess that will be more in terms of work to do. I myself don't bother with all that though, because I use a special Windows account. Now this is a very bold suggestion, but in the long run that might be something you could try as well. Haven't had any of these problems myself, since then.

Other than that I can only suggest waiting for the new crack/patch, to hopefully fix the game. They should literally release a 10GB or so "DLC", that fixes all the darn bugs in this game.
_________________

Re: Unable to play households

Thank you for your suggestion but unfortunately nothing worked.

I thought back a little and found something in common between two households and that is sims enrolling into university, so I went to test it out into another household. Everything went perfectly fine after enrolling, so clearly that's not it.

It's just that I'm scared to now enter any household that I actually care about because there's a possibility this might happen...