i get my downloads from thesimarchitect

i wasn't sure if it was an issue with my download or just a general bug but the sims 4 university had some mad bugs, something like i couldn't move out of dorms until i graduated, and then when it graduated, all my needs bars went red and the sim died of hunger at graduation immediately >.<

does games4theworld have an updated all-in-one download that doesn't have that problem?

also i don't use ANY mods

In case of doubt, you can always try running anadius's validator tool here, and then post the validator log, in a reply:
https://www.games4theworld.club/t33486-the-sims-4-validator

As for the rest, I can tag @grieralexander, maybe he knows more details about the issue. From my own playing so far, it seems some issues were fixed from University, but I cannot tell if all issues were.

It doesn't matter if you use an All-In-One or some other normal patch. Bugs are bugs, and to answer your question further, no. G4TW does not maintain an official All-In-One solution for TS4. We mostly link to Sim Architect's stuff though, in that department.

lysistrata wrote:also i don't use ANY mods

Many of the bugs were fixed with the Tiny Living Pre Patch, dealing with University. There are some mods out-there that are meant to deal with certain bugs that EA have not fixed yet. I lnow you mentioned you do not have any mods installed; however with The Sims Game, sometimes Mods are needed just to be able to manage the game, get rid of some anoying bugs, in short not having a heart attack out of frustration. I will not recommend any in particular, but you can always hunt and read the threats about what other players are recommending. Note: Is not that I do not want to point to to specific mod, is just that at this time G4TW has not endorsed any mods, but I can hint that this mod is basically what we had for Sims 3 and all it's bugs.

i finally listened to you about the validator on my last post... this would mean i have no missing files?? ;x

I think those GPs are ones I choose not to download in the all-in-one because I don't like them..maybe that could be causing bugs? idk. it's an option on the all-in-one to not install it all

why does the sim architect page link to this forum?

If you take the TS4_x64.exe from the 1.61.15.1020 update, and copy it back to your TS4 installation, and under Game\Bin, you should be fine. Make sure that your Windows Defender and antivirus exclusions are also set up properly.

I'm not sure how this particular validator result can happen. My guess is that you tried installing it, copy-pasting everything over your existing TS4 installation, but then the .exe file got picked up by "security software".

If you have other antivirus software too, try doing additional research on your own, as to the ways of properly configuring exclusions

lysistrata wrote:why does the sim architect page link to this forum? 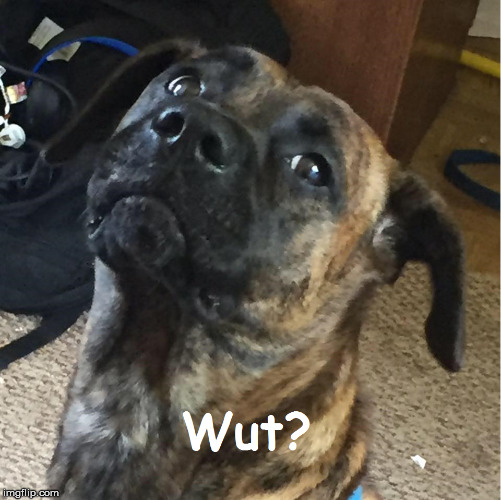 But for real, Sim Architect sometimes simply links to parts to our Forum, as part of our collab. Usually though there is some kind of indication that he is going to link to G4TW, for certain topics.

May I ask in which context he is specifically linking to us, and/or/if/why you feel it is inappropriate? Because you would not have brought it up, unless you felt it was an issue of some kind. Maybe Sim Architect simply made a mistake somewhere?

what?? i didn't say it was inappropriate? i was just trying to explain why I post here asking about TSA releases vs G4TW releases and was curious why this forum is linked to them

idk why people on the internet like fighting so much
"Because you would not have brought it up, unless you felt it was an issue of some kind."
nope

lysistrata wrote:what?? i didn't say it was inappropriate? i was just trying to explain why I post here asking about TSA releases vs G4TW releases and was curious why this forum is linked to them

idk why people on the internet like fighting so much
"Because you would not have brought it up, unless you felt it was an issue of some kind."
nope

We endorse Sim Architect as part of our collab, and he has also given us permission to link to his stuff, partially even through our own Linkvertise (advertising agency). If you are a regular follower of Sim Architect, then you may have taken notice of that already in the past? Because this "cross-linking" between Sim Architect and G4TW has been going on for quite some time now.

Maybe you were just unfamiliar with the practice that cross-linking is common on the internet. People very frequently also link to some of G4TW's downloads without giving us credit, on sites unrelated to G4TW. I'm not making a big deal out of it though, although some other people view the practice as offensive. There is no "copyright" on this type of downloads, in case this is what made you ask that question before?

Or maybe you were just triggered by my (admittedly) rough conversational tone. Which is deliberate, community management is not and should never be a popularity contest.

You may not have had hostile intentions, but try understanding my viewpoint as well. You suddenly brought up something totally unrelated to the original topic at hand, without any further explanation or detail as to why you did so. Which - believe it or not - is very often a sign of hostility/passive-aggressiveness. In general I care less about what people "openly say". It's their actions, implications, and presuppositions that are more important.

Otherwise everybody could then e.g. violate Forum Rules very easily, and then simply respond that they "did not openly mean to say [insert Rule violation]!!!" Obviously that is going to ask for problems, if it were handled that way.

I'm not fighting you. I am merely explaining my perspective, and why it matters from a standpoint of managing these Forums. And you might want to be careful (also in real-life) with pre-emptively labeling other people as certain things, without having at least heard the other side(s) of the story.

Edit: I guess it isn't understood.