Fans and followers of G4TW!

So you've probably noticed that we "did" a couple of things here recently, and maybe you wondered what this was all about? There goes:

In case you were unfamiliar with the term, see the Wikipedia entry. In essence, I will not be "Gatekeeper" here forever. Contrary to the unspoken/unwritten tradition of many pirate sites that certain 'players' just leave without saying anything, I thought I try and get you all used to the thought that my own era will also come to an end at some point. And it will come sooner probably, than later.

~Ann~ will remain Head Admin on this Forum by the way, but that's not the point here.

Over the years I have helped the old Admin, ~Ann~ and the countless other Helpers/Moderators that came and went ... with running these Forums. Unbeknownst to most people, that involved not only the publicly visible part such as responding to support requests. But many other things in the background such as general organization, improving structures, testing all kinds of stuff, uploading/seeding, giving "candy" to G4TW team members (a.k.a. cheap game codes, mostly paid out of my own pocket), and even just being there if somebody wanted to talk. I did not earn anything, out of these activities. It always was a hobby, nothing more, and nothing less.

For various reasons I am, however, slowly but surely reaching the point where it becomes more and more difficult for me to "keep up". One reason is that from a physical and mental standpoint, the work here is becoming more and more of a burden for me. Another reason is that the political/legal landscape surrounding our type of activities is also having increasingly burdensome effects. In short, I will be moving on, but I intend to stay on-board in a more passive role. There are some other - more minor - reasons, which I might talk about in more detail later in the future.

Now. We (basically me & ~Ann~) are working in the background to prepare a few things, and to ensure that a smooth transition can take place. If a suitable person can be found they would need to perform straight out of the box. There would be little time for explanations or an elaborate on-boarding process. Such a person would not only have the full trust of ~Ann~ and me, but basically fulfill all other checkboxes as well (anonymity, knowledge of the community & key members, experience in administration/moderation, also technical knowledge, etc).

Yes, expectations and demands to that new person will be EXTREMELY high, I daresay even higher than with the old Admin & me, but it will only be to the best for you at the end.

So that one thing is clear: there is no beef at all with anybody. Initial discussions about the topic took place at the end of last year already. And yes, I also intend to stay in touch with ~Ann~ and the rest of the team, even after my 'active' time on here. 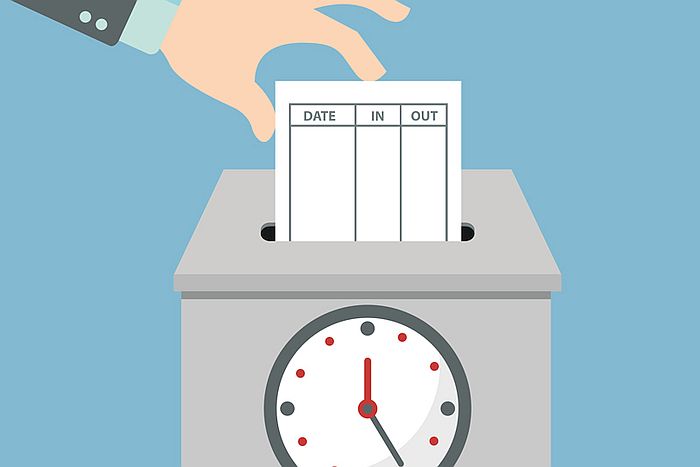 II. What can we expect from this interim period??

I'll still try and give you some company, in the sense that TS4 updates and DLCs will be posted on this Forum. Maybe I'll do a couple more Indie- & Non-Sims games, as part of a "farewell tour", not sure about that yet. We do not plan for special Forum announcements like we always did. Just look at the TS4 Must-Read Guide, Global Patch-thread and/or the All G4TW Downloads-thread and keep refreshing the Forum pages with F5 when new updates or DLC are due to surface.

In general I'll be focusing more on "passive help", by improving organization where necessary and coming up with new tutorials/guides.

But as for the rest I will probably stop with responding to game support requests and instead focus solely on administration/moderation/management, and helping ~Ann~ with whatever preparations are needed.


I will pretty much also ignore most e-mails that you may send me. Most site navigation issues are detailed in the Forum FAQ. In other words: just don't bother.

Once a suitable person has been found they will assume the daily supervision. After which I myself will step into the dark, so-to-speak. Please don't start causing drama or beef, because you may not get a response to your Sims-related problem. Or for whatever reason. Let's bring this to an end together, peacefully. Also try getting used - if you don't get any direct help - to solving issues yourself, with the help of the written tutorials on here.

Because I anticipate things along those lines: don't message us with the intention "to buy G4TW", and don't use the "opportunity" to advertise downloads from unrelated sources. The platform is neither meant to be sold, nor used for advertising unrelated agendas.

I remember when the old Admin resigned, the interim period lasted almost 18 months. The plan here is to come to a conclusion by the end of this year (2020), at the latest. Preferably much earlier though.

In preparation of what I announced above, I will also disband the Gatekeeper, Super Moderator & Developer groups, and demote their remaining team members. @Dracos66 and @SeoY are now RETIRED Mods. We thank them for all their valuable help and technical advice over the years! I will also keep the Forum VIPs, mostly for symbolic reasons I guess.

Until clarity has been reached as to the future of the support activities, there will be no formal appointments to the G4TW team. Yes, I've said above you are free to help your fellow G4TW users if you are inclined to do so. But don't necessarily expect from us any special rewards for whatever you end up doing. Remember: this is not about personal profit or clout.

When a new person eventually takes over, they can create their own groups, with their own permissions, and so forth.

Do I regret having to make such an announcement? To be honest, no. As for me, I've reached everything that a G4TW n00b can possibly reach. Most people don't know that I myself started here almost 8 years ago, as a normal user, with the orange color. And I feel I've also reached a logical conclusion for myself with regards to the "mission" on here.

Every era needs to come to an end at some point: ancient Rome/Greece, the Soviet Union, Mahatma Gandhi, Nelson Mandela, F.D. Roosevelt, the old Admin's, and now I guess mine as well! OK, the younger readers may not be able to relate to these things too well. But to use a different example: some of you might have experienced that your favorite brand of whatever food or drink suddenly got discontinued in your supermarket, and you may never quite know why. Sure, we might get angry or disappointed. But at the end of the day, all good things must come to and end at some point.

There is nothing left for me to do, other than help prepare the ground so that the "mission" can still be conducted in the future. There will be challenges, as well as exciting new prospects (The Sims 5, Paralives, ??? ).

Since I'm not really inclined to get overly sentimental and/or make too much of a big deal about it, I shall leave it at that. People come, and people go. Just like in real-life. But the Support-aspect with G4TW will always remain - one way or another!

Indeed, it would be difficult, likely impossible to find a "replacement". I believe your work here has been priceless, and I am grateful for the years we worked on this together. My trusted "sidekick", who grew into my trusted co-administrator, adviser and friend.

We've had a couple of rough years on here, and no matter what happened, no matter how messed up it was, you were always supportive, and for this, I am very grateful.
I am also grateful that you've decided to step into the shadows, but not disappear from this entirely.

There are no hard feelings here, and there never were. Just good memories.