*sigh* Because lately some people have messaged me about it, here goes. If you get a message like this in Google Chrome (I don't recommend using that browser anyhow, but more on that next time), then follow the steps. The old website:
https://games4theworld.org 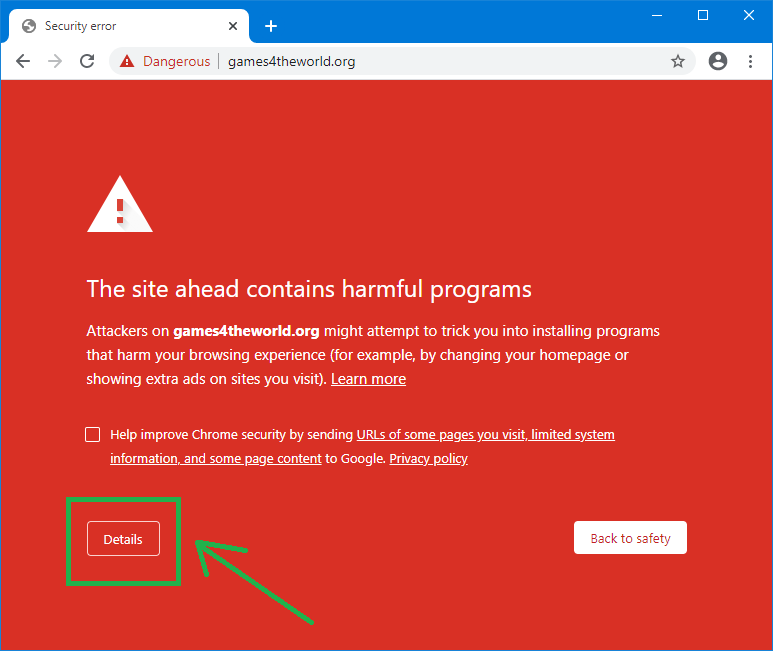 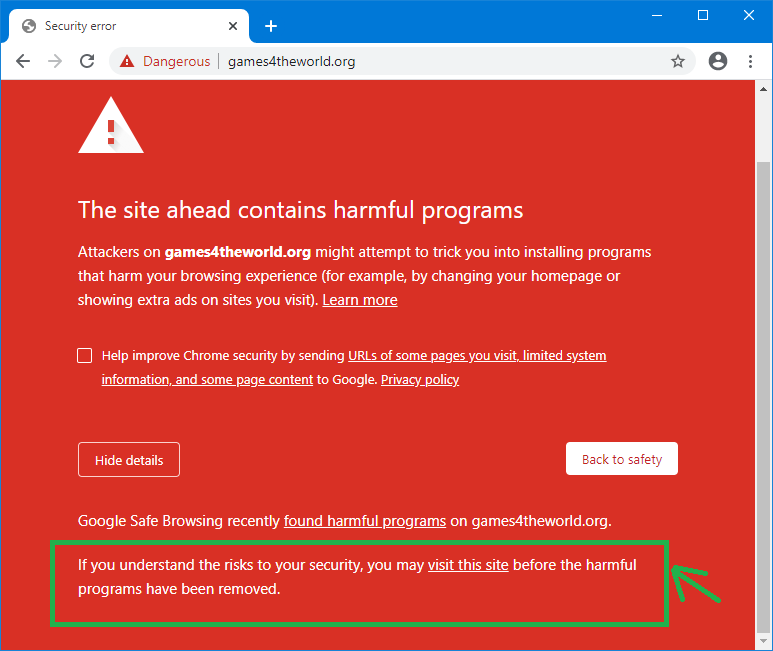 Hypothetical commenter wrote:Umm Gh0stm4n, was it really necessary to open a topic about this? Are you insinuating we are such n00bs to not be able to figure this out ourselves??

To be fully honest, I would have used a slightly more negative expression than n00bs, but in essence yes. I am "insinuating" exactly that. For some odd reason most people - even those familiar with our platform - cannot seem to figure this out.

Hypothetical commenter wrote:But why is your site marked like that then? Websites are not labelled as dangerous without a reason??

First off, it is NOT our site (anymore). It is an old website that used to be under the control of the old G4TW Head Admin until late 2016. I myself do not have any further knowledge about the events after late 2016; and those people who may know more, are very tight-lipped about it. Which I can understand, I guess.

Either way, that website doesn't even have any ads. The only thing that is wrong with it, is that copyright holders are taking offence at it. In case you were unfamiliar, there is a tendency of copyright holders, mainstream media, and major parts of most modern societies in general, to hide idealistic agendas behind seemingly-plausible-looking arguments.

Believe it or not: really malicious pirate content is much more rare than most people might think. More on that again in a separate/future article.

So yes. If you get that in Firefox or any other browsers, try playing around with the available options, or later on I'll supplement this guide with further screenshots. But again: NO, the "games4theworld.org" site is not dangerous at all. And you are free to use the resources there - Linkvertise-free! - for as long as the website is online.