In preparation for the formal conclusion of this Forum, I will proceed with purging all user accounts in the coming week(s) - minus the colored usernames. In the process of which I'll think about giving a few more users an honorary title, and/or making some other "adjustments" to the existing usergroups.

There is no immediate danger, no worries. But since we cannot transfer this Forum elsewhere, and leaving the user-list intact will only ask for trouble later down the road, it is something we feel we have to do. We don't want to delete the entire Forum, because we intend to keep it as an archive of sorts. But the userlist will get purged.

I would not be doing so, if it wasn't for a little trick that I discovered, allowing the mass purge of accounts. The policy here has always been to not delete accounts manually, unless users do it to themselves.

The deletion will purge your login, your entire profile information (avatar, gender, age, hobbies, country, favorite games, etc) and the IP-address(es) from which you posted. Though I believe the IPs are still visible to the French Forum Operators in the background. However, if you posted something on here and somebody else quoted you, then your original username will appear in the quote box. That's rather unfortunate, but I won't be going through the entire posting history here. Should you have a problem with that, feel free to get in touch with the French overlords from "Forumotion".

Any posts you may have made will have their author show up as Guest, and not whatever your username was.

I don't like doing it, but there are safety considerations involved (e.g. a lot of female-gendered users who have put pictures - of presumably themselves - on their Forum profile here). Over the years we've managed to partially bring this aspect under control by putting a disclaimer in the Forum FAQ, and we made Forum profiles only visible to registered users in order to somewhat reduce the "farming" of any profile info. But yes, that is a major reason we've decided to go to this length.

Plus, bluntly speaking, I simply don't want people getting on my nerves later on with requests to delete their stuff from a defunct Forum.

Beyond this point, we will do nothing more on this Forum. In particular we will ignore all requests for further modifications or deletions. We have taken great care over the years to immediately purge any personally-identifiable information from actual Forum posts. However unlikely, it is still possible that on occasion we have simply overlooked things. We apologize for that in advance, but as said, due to the overall number of messages it's not really practical for us to re-visit every single comment. If you really feel that comments you have submitted contain personally-identifiable information, then please get in touch with Forumotion about it.

Take all further information from ~Ann~'s "farewell address", whenever she is ready. This will be my penultimate comment on this Forum, so a big thanks again to everybody having contributed to this community or otherwise supported/followed us over the course of 10+ years that this Forum was active!

As for the remaining colored usernames - mostly the retired Mods/Helpers/VIPs - I will leave it to them whether they want their account active or not. If they choose so, they can delete themselves. Or they can remain; it's their choice.

That's all for now.


So someone asked through e-mail that if security concerns were such an issue in the move to delete all accounts, why the public announcement with the intention to do so. Yes, I indeed thought about a "stealth-deletion", and announcing it only when everything has been done.

But I thought that the potential for confusion that could ensue from a stealth deletion was not worth the benefit in 'added security'. A lot of these profile pictures  - again, most overwhelmingly from female users - have been out there for many, many years already. An additional week or two more really shouldn't make the difference in this case. And ultimately, despite our best efforts to mitigate any negative effects, the decision to post personal pictures (and conversely, to withdraw themselves either completely or partially from the Forum!), is up to each individual user. If push came to shove there wouldn't be much we can do about it anyways; therefore it always was primarily each user's individual responsibility what they put out in public, and to deal with any possible negative effects.

The suggestion is not bad, but in my humblest opinion it (really) doesn't make any difference either way.

User account deletion completed on 16-10-2020, after some unexpected difficulties with the "workaround" that I hinted at initially. Nonetheless, the workaround worked (almost) as expected, and I would not have done the deletion in the first place if I had had to go through each user individually. I also gave some former Helpers/Developers the honorary VIP title.

Please also bookmark the alternative URL of this Forum, because the .club domain will be "otherwise used". The alternative Forum address is this.

And about this here: 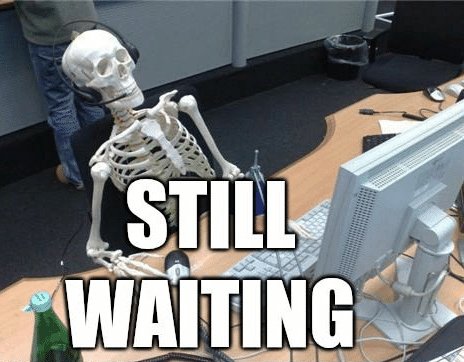 Update 24-10-2020 ... Direct Downloads re-introduced for Indie Corner Games; no guarantees whatsoever though they will come back for the rest of the download list. If you encounter any issue with the safelinking.net and/or the STACK-website (non-reacting download links, any other errors, etc), then please just try accessing the download links later again.

As long as ~Ann~ doesn't decide to "pull the plug" on this thing, I guess I will just keep adding new releases to the Forum Downloads List, so keep an eye out for that.

So a few people are upset or confused about the fact that they got automated emails from the Forum system, in the aftermath of me mass-purging almost all of the user accounts, as part of the Forum closure (see above paragraphs). In particular, they seemed to have taken offense at the wording that was something like "your account was deleted for inactivity".

I neither intended, nor expected that the obnoxious Forum software would actually inform each and everybody through email. And I do not / never did care about any individual user's "activity levels", either. Except if it was a Helper/Mod, but even then I would not delete them, and instead just demote them and revoke their special permissions. Again, I have taken the liberty to proceed with the mass-purge of user accounts due to the old G4TW Forum here being transitioned out, and for reasons I detailed in the above paragraphs. Plain and simple; no judgment whatsoever about any user on here at all. If I had known about this nuisance with the notification emails in advance, I might have hesitated, but I probably would still have gone ahead, as I saw no way of turning off that thing in the adminpanel.

Should we ever start a new and self-hosted Forum at some point in the future, it'll definitely be better than this "Forumotion" platform. Speaking of which, after a longer interim period I have finally managed to talk to ~Ann~ again, and especially with regards to the future of the G4TW platform. I'll say so much that certain things in the background are far more chaotic than expected, and consequently this transition phase is taking way too long, unfortunately.

Then again, are we really missing out on that much? I honestly don't think so. Right now most people are understandably concerned about the ongoing COVID-19 pandemic. And even those (few?) people who are completely ignorant about the potential internal organ damage that this monster can cause, will have to concede that the economy is likely going the same way as the Titanic did, due to the constant flip-flopping between lockdowns, semi-lockdowns, and what have you.

And on the videogame front? Not sure if we are missing out on that much either. The main content of the G4TW platform nowadays are those repacks for The Sims 4, plus TS2/TS3 and the entire set of tutorials. Either way, I don't care what any of you think about the Safe Space SimulatorTM: The Sims 4 is failing more and more. The game is at least 7 years old. I even read on the official EA Sims Forums it was in development since 2010. The longer they keep adding useless patches and micro-DLC on top of the existing pile, the buggier this mess of a game becomes. And if it is apparently too complex for the game engine to have animations for something like bunk beds, you start to wonder why TS4 is being kept alive for so long.

Well, one explanation is that it was developed at a time (see also the likes of GTA Online & Elder Scrolls Online) when the marketing doctrine of the big publishers was to have "recognizable brands" in the form of videogames, which were to receive content updates over an extended time period ... far beyond the average lifespan of a normal videogame, which I think is only a year. See also the term Games as a Service.

Somewhat similar to those adverts about certain groceries & bakery products ("just like grandma used to do them back in the days"), the attempt was to create some long-term-fondness for video games. Something that individual players could go back to, anytime, and still recognize the goodness of it. Interestingly enough, Take Two interactive - the publishers behind GTA Online - have announced their intention to move away from this marketing doctrine, and to release more new games, in quicker succession.

Make no mistake: others are also taking note of The Sims 4 failing more and more. Paralives will show up at some point, and Paradox interactive - the publishers behind Cities Skylines - have apparently hired the services of a former TS3 developer. A possible sign that after creating a city-builder that utterly blew away EA's SimCity, they might consider doing a life sim game of their own. While I'm not sure either of these alternatives could become big enough to "rock EA's boat", I do believe they have more than a decent chance to bring some color into a monotony, that is left behind by TS4. But I digress too much already.

What I want to convey is, part of why this transition phase is taking so long simply has to do with us discussing about what longterm future content besides Sims & Indie games can be posted on a new G4TW platform, that will be self-hosted. Yes, I have given away part of what you can expect to happen in the future, and in case any of you are still following us. I don't give TS4 much more than another year from now onwards, and TS5 might already be under development. And yes, as much as most people hate the thought of it, but I also suspect TS5 will be an online-/co-op-only game. It would be miraculous, if EA didn't finally jump on that bandwagon as well.

As always, thanks for your patience, and stay tuned + safe out there.