DO NOT RESTORE BACKED UP REGISTRIES FROM VERSIONS PREVIOUS TO 2.1


Issues it may solve for you: (click the white box)

There are many other errors that can be fixed by this, but those are the most common in my experience. The program does do some error checking - such as the paths for the Install Dir and ExePath, or the SKU - though ultimately it takes your input and plugs it into the registry. There are two methods available for updating the registry; you can opt to click the "Fix" button to plug the values into the registry directly, or you can click the "Export .reg file" so you can view what, exactly, will be changed before importing the information. Using this you can even reinstall Windows without having to reinstall all of the games. The values inserted by default are values that work on my machine, they may or may not work for you - I suspect as long as the Install Dir, ExePath and Product ID are good for your installation, the other values wouldn't matter much.

Reporting a problem:
Problems with software is similar to going to a doctor. If you go into your doctor's office and he/she asks you "What are your symptoms?" .. and you say "it just doesn't work" how well do you think the doctor is going to be able to make any diagnosis? It's the same thing. The more information you give me, the more I can help. Click the spoiler header below and give me all information you can.

Spoiler:
If, for some reason, this application crashes on you please provide the following information:
- Version of windows, including the architecture (ie: Win 7 x64, Win 8 x32, etc)
- Installed .Net frameworks (or at least ensuring that you have 2.0)
- What the error message is.
- What you were doing when it happens.
- Does it happen every time you do this action, or just sometimes?
- Any other information you feel may be useful.

Also, these commands will help me to simulate your exact scenario on my machine, registry wise.

They will create a Sims3.reg file on your desktop that you can right click and "Edit" then copy and paste to a message to me. Please don't post it in-thread without spoiler tags ([ spoiler ] text goes here [ / spoiler] -- remove the spaces) as it may make the thread pretty ugly.

Spoiler:
- 1.0: Initial Release
- 1.35: Completely rebuilt the tool. You will need .Net 2.0 now.
-- Checks for duplicates now.
-- Will only be building an x86 version from now on, this resolves an issue on x64 machines where registry values were not being written to the correct location. If you're running a 64bit machine you will be fine running this version.
-- Added a "Backup Manager" so you can easily back up and restore your registry settings. Check it out on the "Tools" menu.
-- Resized icons so the program would be much smaller size wise.
-- Focused a bit more on optimizing. The tool should run a bit faster, and have a smaller memory footprint - not that either were issues previously.
-- Disabled the "always run as admin" - now if you're not running as admin you'll get a popup message saying you can only export the registry and create backups.
-- Automatically gets values from the registry, if they exist.
- 1.40:
-- Added a check for null ErgcRegPaths.
-- Fixed crash when registry information returns an int less than zero.
- 2.0
-- Recreated the UI
-- Rewrote much of it so that x64 users won't export x86 .reg files.
-- On startup it will check for invalid registry keys and, if ran as Admin, will ask the user if they wish to delete those
keys.
- 2.1
-- Updated for 70s, 80s, & 90s Stuff
-- Added checks for opposing registry keys [it checks for both x64 and x32 branches no matter what arch you're running]
-- Updated the backup system to account for commas in the expansion names.

Spoiler:
Norton may remove this tool from your system saying it's suspicious because so few users of their antivirus suite has used the program. This system is ridiculous on many levels, here's a few:
- If you remove it from the computers of those trying to use it, how is the count of Symantec users that has used the program going to exceed 0? Somehow it does though, so maybe it's only deleting it for some but not all? Maybe the count increases because not all Symantec users are lemmings and remove it from quarantine and run it anyway? I don't know.
- Updates to said software will cause the count reset to 0, and Symantec goes back to saying it's "not trusted."
- It's based on the number of Symantec users that have ran the software, not the total number of machines or users that have used the software.
- No one else that I'm aware of uses a "delete now, ask questions later" approach - and for good reason. It teaches people to not trust any brand new piece of software, and it causes people to think the issue is with the software and not the antivirus suite. This is backwards. It's not a developer's fault that Symantec has moved to such an idiotic system.

How do you fix this? Simple, don't use Symantec's crapware - or at the very least disable it while trying to run this tool. I have submitted version 1.40 to them as a "False Positive" so that they will actually do some work with it, and that should, eventually, get ti working. The issue with this is that when the next version is released I'd have to submit it again. This is going to be annoying - and if I'm honest, I don't care enough about helping Symantec. I would highly recommend moving away from this asinine "detection" system and using something that actually detects malware instead of this "delete now, ask questions later" approach. If you're still concerned you can always use something like Sandboxie to run the program inside a "sandboxed environment" so your system's files can't be changed - not that they would even without Sandboxie.

It's asking you to delete that one because it's not valid. It's not the same as what it's reading for the information for any expansions that you have - installed or not. Here's an example of what I mean:

One of the two IS invalid - and that is the one it's asking you to delete. It will never ask you to delete a key that is valid.

new link please it doesnt work for me

@GTT555 wrote:new link please it doesnt work for me

That's because the mediafire account is down. A new link will be posted when there is a new place that has it uploaded to. Hexorcist (The creator of the helper) hasn't even been on in a while, so we can't have him just post a mirror link to it.
_________________ 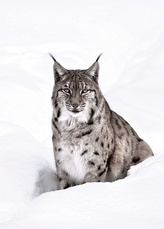 Sure you can, all ya gotta do is ask. I get emails when people reply to topics that I've started.

@hexorcist wrote:Sure you can, all ya gotta do is ask. I get emails when people reply to topics that I've started.

@hexorcist wrote:Sure you can, all ya gotta do is ask. I get emails when people reply to topics that I've started.

Why won't you update it to support all the new(er) expansion packs too?

Cost of posting a new link:
- About 5 minutes time including the reply to this thread

Benefit:
- The person requesting the program (and others) get the program as it was when I last posted it, which is what the user requested. He didn't request an update, he requested the program itself.

Cost of updating:
- Reinstall every expansion and stuff pack: hours
- Cost of purchasing expansions I hadn't already: $40USD or more (I think only University Life has been released but I'm not sure)
- Digital download of expansions I do not already have: hours (depending on servers, at minimum 1 hour)
- Hard drive space: 30+ GiB
- Analysis: probably 3 minutes looking at the registry, and a variable amount of time testing various changes to the new registry keys for the new expansion(s)
- Coding: 5-10 minutes probably, not including gathering new icons for the expansions
- Testing: Variable

Benefit:
- The tool is updated to support one extra expansion.

Based on that cost/benefit analysis, it's much more beneficial to just post the version that already exists and sits in in my archived backups on one of my linux machines. If the cost outweighs the benefit (and it DOES) .. it's largely considered to be a waste of time in most cases.
_________________
"Imagination rarely tallies with reality." - Benjamin Franklin

I meant updating it for everyone, since I thought you were sharing your tool here. But I assume you're not updating it any more.
And who said you have to buy the expansion packs? Just download them, the files are the same as the original disc versions. (If your download finishes within 2 hours, you're pretty lucky)

Hi, is there any hope of this coming back? Even the filedropper is down. Or could someone upload their copy?

Hello guys I am new here. What finally happened with the "Registry Helper"? I have tried everything to get rid of the "there was an error during start up see the log for more details" pop up when I try launching The Sims 3. It seemed like my last chance to actually play the game :(Any advice?


*Oh and I am not able to make a new thread about my problem. Thats why I mention it here. (It says I have not posted the required number of posts to be allowed to creat a thread.)

jk i fixed my issue