In the recent patch for Sims 3 Medieval, there have been reports about crashes during gameplay. Usually, it will be after placing a building, finishing a quest, etc. If you want to keep playing, you should save after every single little thing you do. EA has been notified about this bug and is working on a patch to fix it. Ingame crashes are usually signaled by sudden screen flashing. You can Alt+Tab during the flashing time and end the process, though I don't think it will help.

Yes, a patch will be coming soon, since the game is still full of bugs.
After the new patch, wait for me to release a new version of my Medieval fix and then just apply it, so you have the latest version of the game. 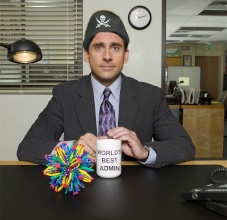